What is a MIDI Effector plug-in?

There are so many cool things that we can do with audio, but that is not possible with most stock effects in DAWs.
Generating new ideas is crucial if you’re a producer that works on a high volume of music productions.

There are times when the creative juice simply drains out, and the following tools allow producers to keep rolling.

They’re all about being creative, and each plug-in offers a specific set of cool things.

Here’s a chord generator that makes it easy for the user to understand the structure of chords and scales, especially to non-expert musicians.

A noticeable drawback is the confusing settings menu on the right that isn’t any intuitive at first. Ripchord is a MIDI plugin for creating and remixing chord progressions. You can create custom chord presets from scratch, load community presets or expansion packs, and also import any MIDI file that contains chords and Ripchord will automatically create a preset from it. Once you have a preset loaded, you can quickly and easily compose progressions by playing single notes to trigger full chords.

The big plus on this plugin is that it takes out of the equation all the confusion a non-trained musician might have at remembering all the major, minor, diminished, etc chords that fit in a specific scale.

Chordz is a plugin that allows you to trigger full chords by playing single notes. Each trigger note is associated with a separate chord. Each chord may consist of any number of notes. Play complicated chord progressions with one finger, with a MIDI keyboard or a drum-pad, or trigger chords from single notes added in your DAW's piano roll.
The cool thing about this plugin is the Timing/Velocity section, allowing to strum and add a human feel to your progression without bothering with lots of editing in the piano roll. 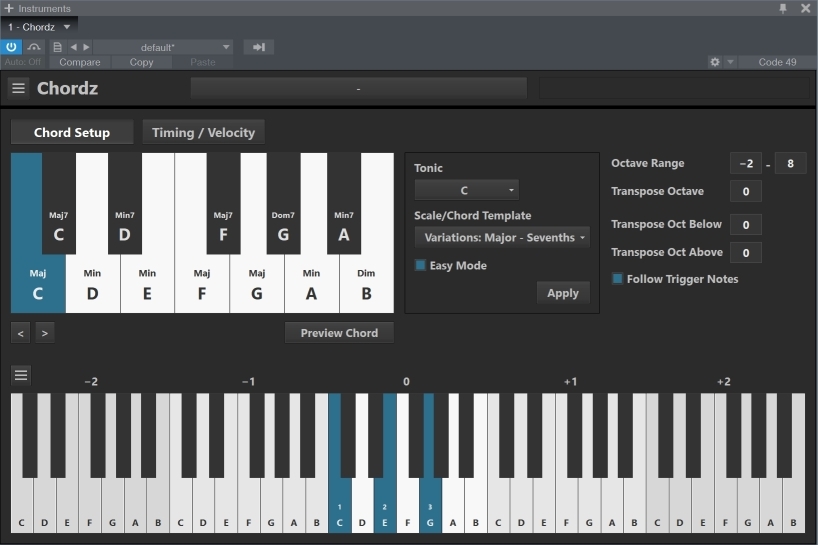 These plug-ins are all for sale. We can say that they’re all worth more than what they cost. If you want to commit to some expenses, this is the place to start.

If you have Native Instruments Reaktor, then you might consider going for this tool that helps with creating constantly morphing patterns.

You can select a key and scale to work with, and the data generated can be sent to any synth that accepts MIDI.

If you’re into experimenting with randomness, then this is definitely a choice. The interface is quite confusing, but it’s due to the nature of the plugin itself. 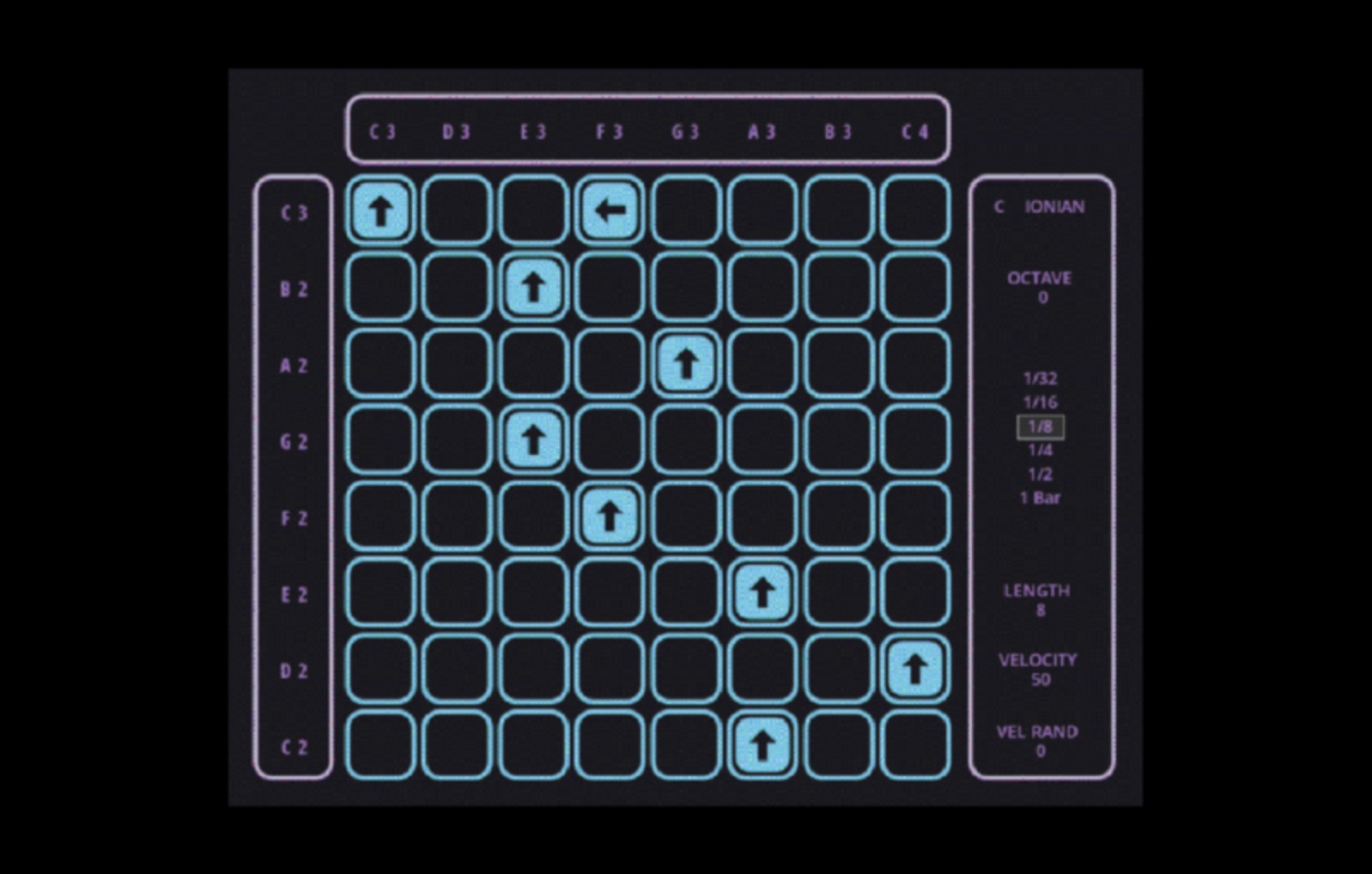 If you have Native Instruments Reaktor, then you might consider going for this other tool from ADSR.

Hexcel is a generative MIDI sequencer based upon the harmonic table, specifically designed for creating semi-random patterns based upon user input.
Just like MIDI Grid, it’s quite an unusual interface for plugins in general, but at first glance it seems to be fairly intuitive. Unlike other alternatives, ChordPotion starts from chord progressions and creates melodies and patterns from them, just like an arpeggiator would, but with more control over it.

The MIDI drag and drop feature is definitely appreciated.
You can create your own patterns by setting the values on the interface, setting the rhythm on the arpeggiator view, and choosing among parameters like Octave, Speed, Velocity, FXs and more.
You can also combine different simultaneous behaviors by stacking chords on top of up to three melodies, allowing for complex results with just a few clicks. 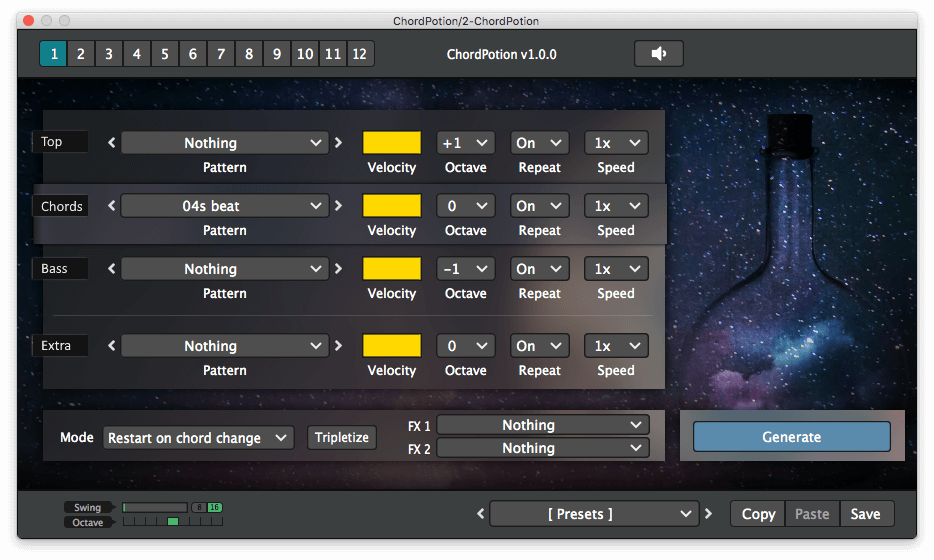 Riffer is indeed a good plugin, but as an Ableton producer that has plenty of MIDI effects and a decent piano roll, it doesn’t seem to bring anything REALLY innovative.

You can input notes, changes the key, edit velocities and duration, playback length, steps, and a few other things, but that’s something you already do in most DAWs.

The most noticeable addition is the “play backward” button that can lead to happy accidents easily when trying to write down a melody.

The density button makes “rolls” by splitting notes into two or more pieces. This is a thing that, as far as I know, is easily accessible only to FL Studio users. 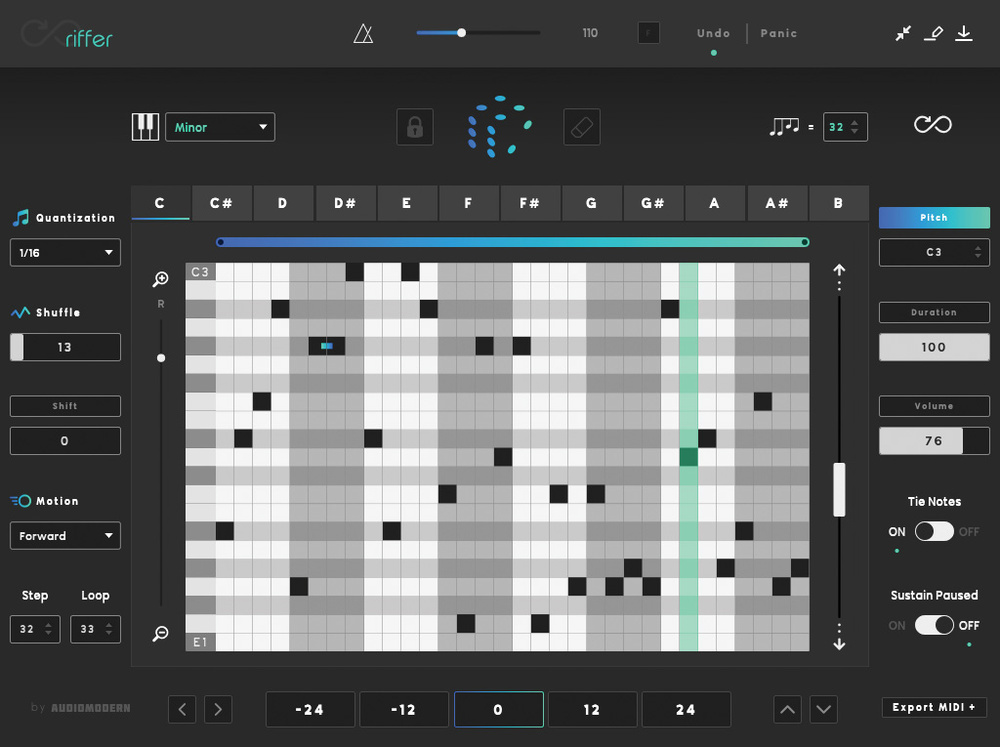 It looks like a solid choice if you want just to jam out and get a narrowed-down random result. You can set a bunch of parameters to get the direction you want.

However, the learning curve is a bit steep, mainly due to the interface being full of icons and almost no text, making it necessary to read the manual.


Reading the manual is always recommended, but any product that can be used entirely (or almost) without them is either too simple or well designed. 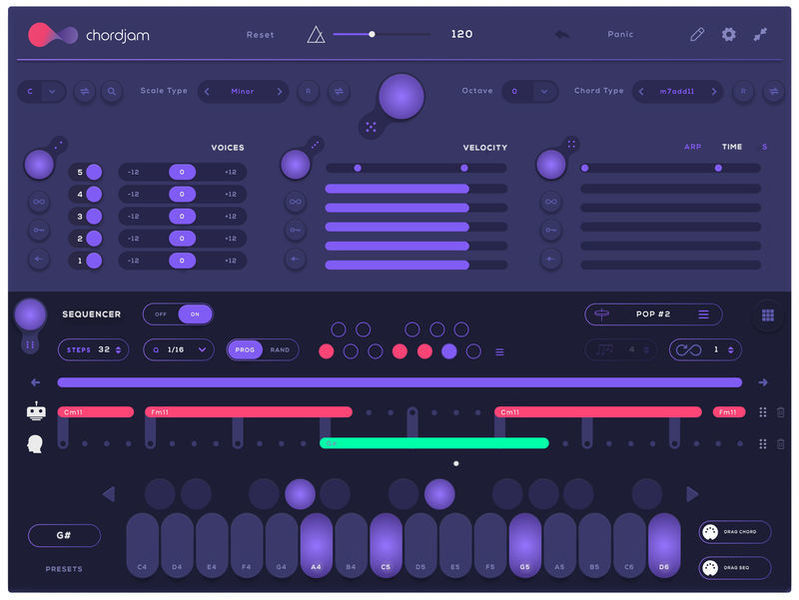 Here’s one of the big bosses of this category. It has one of the cleanest and most intuitive interfaces for its purpose, and that’s a big part of what matters for this type of plugin.

It offers a level of control unmatched, allowing to pick among different types of behavior presets (Performances, Phrases, Rhythms).

You can select specific keys and styles, and Scaler plays melodies and chords for you!
It might look like an incentive to laziness, but if you aim at writing high volumes of music, this plugin will keep sparking your creativity.

Just a little hint from this plugin might kickstart a new idea and keep your creative juice flowing.

Scaler allows mapping certain notes and chords to each key on your keyboard, preventing you from playing anything wrong! You can keep jamming for hours and not hit a disturbing note ever again. Whatever you do sounds good.
Lots of controls might be overwhelming, but the way developers managed to put it all together is astonishing. 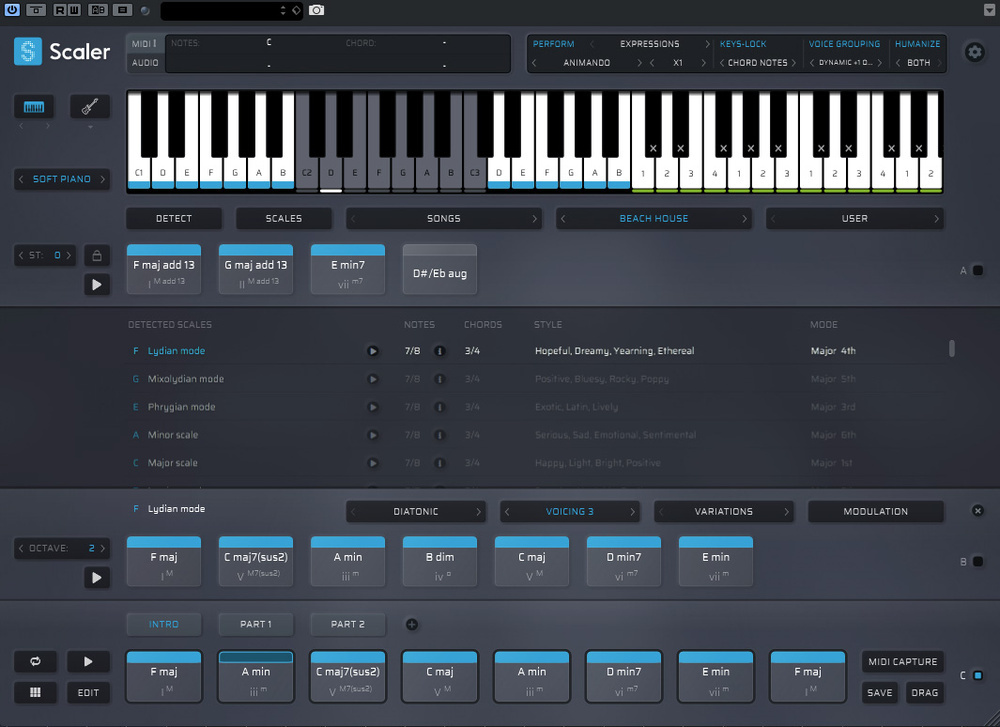 We never tested this plugin, but only managed to watch a few walkthroughs online.
This plugin has so many features that it’s basically a sequencer itself, and that feels overwhelming.

We wanted to mention it for the sake of the list though. 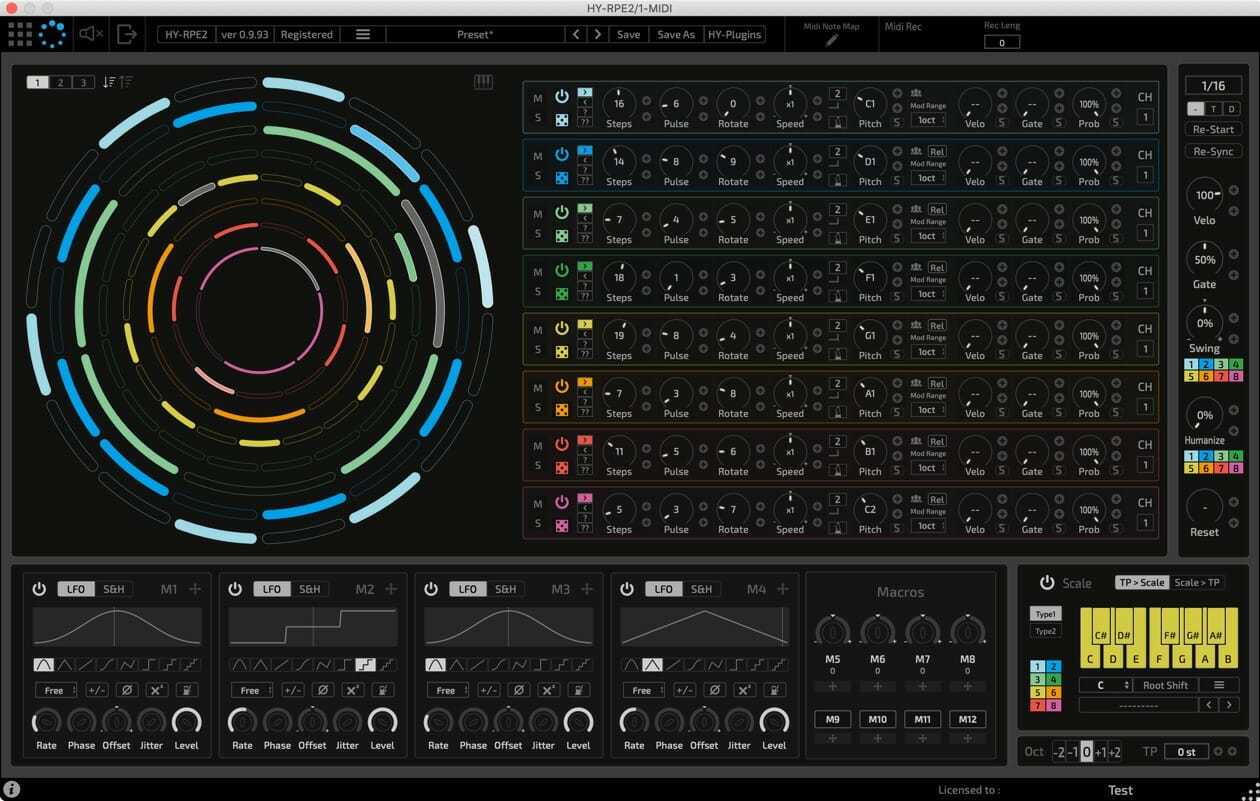 Instachord allows mapping chord types for each root note on a given range, and chord actions for each chord, making it easier to program realistic chords.

However, this plugin requires a different approach to playing the keyboard and programming notes in the piano roll.

It’s among the best picks in this category, but don’t underestimate its learning curve. Probably one of the very first plugins of this type that really shined.
It is simple to use, but the upgrade it’d need to fairly compete with the other alternative should be to drag and drop the MIDI file. However, that might be quite hard to implement given the fact that it focuses more on warping what’s already going on with the input source rather than playing premade sequences, making it very source-dependant. 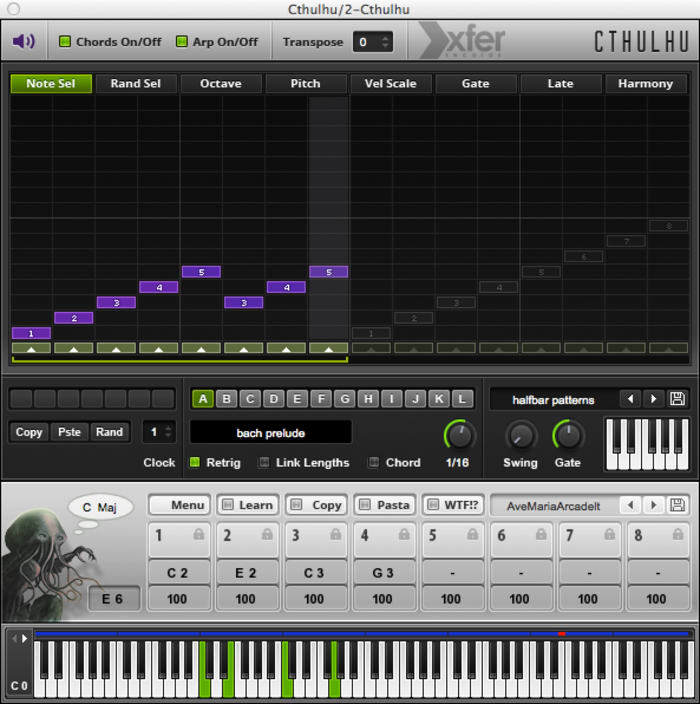 All these tools will make your life easier in one way or another. They don’t have the magic of doing the job for you, but they will definitely help you deal with transients in the best way possible.

Guitarist is a virtual guitar that's designed to emulate rhythm parts played on an electric guitar. As you might know, keyboards and guitars are different instruments that are therefore played differently.

Faking a guitar on a piano roll isn’t as immediate as other instruments.

If you want to sound like a guitarist, give this plugin a go! 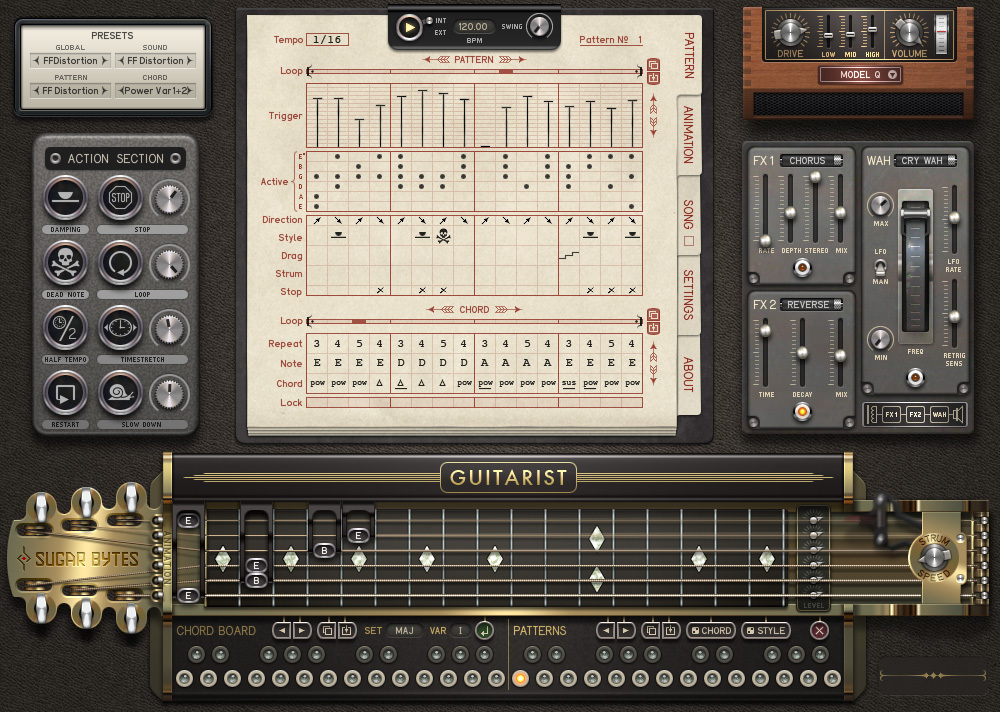 A true bomb right here. It presents itself as a piano roll with a bunch of controls around.

The cool thing is that you can program chords inside Captain Chords piano roll by setting each chord length and you can lay down chords simply by clicking on the chord buttons at the top of the window. Do you want to make an I-IV-VI-V progression? Then click I-IV-VI-V in succession and there it is.

All these great things come with a must-have feature, the MIDI drag and drop.

This plugin is among the very best choices within this list. This device is able to generate melodies, chord progressions, and basslines.

It has one feature we aren’t really sure about, and it’s the fact that the plugin acts as a host for the synth you want to use, but considering that it’s meant just for auditioning purposes only, it’s not that bad though.

It might solve some routing hassle for some DAWs, but for us Ableton users, it feels like a downside.

The good thing is that it actually has a Generate button that creates MIDI sequences out of nowhere.

Along with the Parameters sections, this tool becomes phenomenal. You can choose whether to generate triads, when to leave gaps or not, the octave range, etc.

Another big plus is that you can drag and drop MIDI files into MIDI Madness and also from it back to your DAW.

If you’re the kind of guy that wants to start from ideas and mangling them later, this is an interesting starting point. 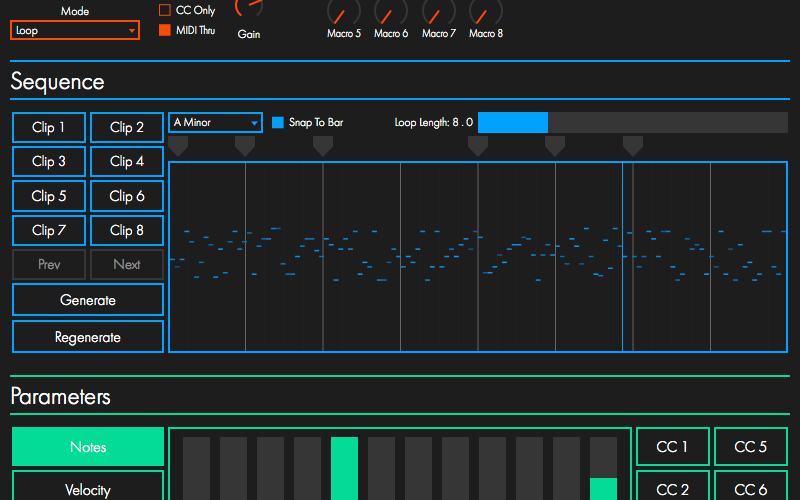